Policy makers and scientists often attribute the poor progress being made toward resolving fish conservation and water allocation issues — despite billions of dollars of invested over the past half century — to the physical and ecological complexities of the Sacramento-San Joaquin Delta. The challenge of meeting the goals established in California’s Delta Reform Act, ensuring statewide water-supply reliability and restoring a vibrant and healthy Delta ecosystem, has been referred to as a “wicked” problem, one that may be not fully resolvable. It is doubtless the case that a century-and-a-half of human impacts have altered the system in many ways that are, as a practical matter, irreversible. But a recent article in the Sacramento Bee reflects a less-appreciated problem California faces in conserving and restoring the Delta and its ecosystems and imperiled species: policy makers, policy influencers, stakeholders, and even some scientists seem to lack a common, factual understanding of how the ecology and hydrodynamics of the Delta work and, more broadly, how scientific information can and should inform Delta policy.

A complex hydrologic system like the Delta requires careful study to understand. Yet policy discussions and news reporting frequently rely on short-handed terminology and glib explanations that contribute to persistent misunderstandings and foment disagreements about the Delta’s ecological problems and what it takes to address them. Three sequential sentences from the recent story in the Sacramento Bee illustrate the nature of the problem.

“Federal agency scientists are required under federal law to review any changes to how the Central Valley’s water delivery system is managed to ensure no further harm comes to the species.”

The legal standard under the Endangered Species Act — the relevant federal law — is whether a proposed project is likely to jeopardize the continued existence of a listed species. The suggestion that agency scientists must ensure there is “no further harm” to protected species from authorized actions that effect those species is incorrect and implies that no loss of any ESA-listed organism is permissible under any circumstance. In reality, consultations under the Act frequently authorize substantial “take” of listed species. For example, the biological opinions issued by the National Marine Fisheries Service for ocean harvest of Central Valley salmon authorize up to 20% mortality of adult winter-run Chinook salmon.

Beyond this particular excerpt, the take-home message of the Bee article was that NMFS biologists had concerns about grave impacts to salmon and steelhead from proposed water-export operations on the south Delta. Yet, nowhere in the article, or in the correspondence linked to the Bee story, was the scientific basis for these concerns articulated. Useful questions that might have been asked are: How many juvenile salmon were lost under operations of the 2009 NMFS Biological Opinion? And how many more would be lost under the 2019 NMFS Biological Opinion?

“Scientists say shipping more water to the Central Valley over the years has contributed to the decline of the delta ecosystem and brought smelt, Chinook salmon, and other species to the brink of extinction.”

The statement is vague, is not attributed to any sources, and does nothing to inform the reader about the management challenges and scientific uncertainties that attend the Delta’s declining and disrupted ecosystems. A journalist could ask any number of questions to meaningfully elucidate the relationship between the Delta’s imperiled fishes and water-export operations to agricultural users in the Central Valley and urban users in southern California. Who are the scientists that say this?  What is their expertise and justification for saying it? Are there scientists who disagree and why do they disagree? What exactly does “contributed to the decline” mean?  Would a 1% contribution to ecosystem decline qualify as affirmation of this statement?  If not, what percentage of contribution to the decline of the desired fishes would? What environmental factors are disrupted by water-export thereby contributing to decline of smelt and Chinook salmon? What other species in the Delta are on the brink of extinction? What scientific information supports the contention that water-export operations are a proximate cause of the seven federally protected fish species in the Delta?

“The pumps are so powerful that they can reverse the river flows within the estuary, diverting migratory fish into the paths of predatory fish and the pumps themselves.”

This statement reflects perhaps the most widespread, significant, and pernicious misunderstanding of how water exports influence Delta hydrology. By definition, a river is a water body that flows in one direction. If flows in a river are zero, the river becomes a skinny lake. The reader reasonably interprets the Bee’s description of “reverse flows” to mean that the export pumps are causing Delta waters to flow, like a river, but in the upstream direction. That assertion is false. The estuary is tidal, flows naturally change direction about every six hours, hence Delta flows naturally reverse several times daily, regardless of water diversions or river inflow.

So-called “reverse flows” that may occur as a result of water exports from the south Delta are not a phenomenon that can be readily or directly observed; rather, “reverse flows” require a calculation wherein the very large effect of tidal flows is mathematically removed. At the location where flows in Old and Middle rivers are estimated adjacent to Bacon Island, should water exports be increased from 1500 cubic feet per second (cfs) to 6000 cfs, the magnitude of ebb (positive) flows is somewhat reduced, but both positive and negative flows still occur, regardless of export levels (see the figure). In an estuary with no diversions, the duration of time with directional flow (upstream, flood-tide flow or downstream, ebb-tide flow) would approximate a 50/50 split.

With water exported at 1,500 cfs, the proportion of time with reverse flows increases by 1.3%, and water exported at 6,000 cfs it is increased by 6.8%. So, flows do not continuously move in the wrong direction, as is commonly misunderstood. Instead, hydrodynamic changes caused by exports are relatively subtle. A person standing on a riverbank at the location with the red arrow in the figure would find it difficult to discern changes in flows associated with exports in that range — a reality starkly contradicting the characterization in the article in the Bee.

The distinction between real-world flow conditions in the Delta and the misleading shorthand terminology commonly conveyed, is critical to understanding potential impacts of water-export operations to fish. Scientific investigations indicate that fishes in the tidal estuary perceive and are influenced by flow direction and local velocity fields, not by mathematical indices of flow calculatable by hydrologists, but unknowable to those fishes. If the movements of fish in the Delta were inexorably driven by the direction of tidally averaged flows, delta smelt would inevitably be pushed into San Francisco Bay every summer where salinity would kill them, and “reverse flows” would cause juvenile salmon to approach the south Delta water-export facilities by the millions, rather than the small fraction of the salmon out-migrating through the Delta that tagging studies demonstrate.

The challenges society faces as we seek to secure adequate water supplies for Californians and restore the Delta ecosystem are considerable and will require tough choices among competing priorities and investment of significant resources. A shared understanding of those challenges and their factual underpinnings is almost certainly an essential prerequisite for the development of public policies that have the potential to successfully address those challenges.  Policy makers, policy influencers, stakeholders, and scientists can either make a positive contribution by critically re-evaluating and continually updating our factual understanding of the Delta, or they can undermine such efforts by allowing long- and widely held misconceptions to persist unchallenged. 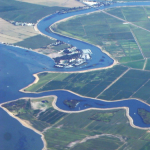 Previous story :Whither habitat for the imperiled delta smelt? 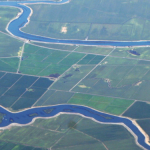 Next story :The role of conceptual ecological models in implementing the federal Endangered Species Act