If conservation scientists agree on one big thing, it’s that the destruction and fragmentation and degradation of habitats are the dominant threats to the persistence of most imperiled species.

Congress recognized that fact a half century ago in the purpose statement to the Endangered Species Act (ESA) – that is, “to provide a means whereby the ecosystems upon which endangered species and threatened species depend may be conserved.” In that light it is curious that the principal focus of the ESA is on species rather than their habitats. Concurrent with a determination to list a species as endangered or threatened under the ESA, Congress instructs the Fish and Wildlife Service and National Marines Fisheries Service to designate areas that are essential to the conservation of the species as critical habitat. Beyond that, neither the Act itself nor the implementing wildlife agencies have offered a straightforward definition of habitat that might guide regulatory decision-making.

Last November we wrote about a regulatory proposal by the Biden Administration to rescind a Trump Administration rule that defined “habitat” for the limited purpose of informing the Services’ decisions to designate critical habitat under the ESA. This month the Administration issued its final decision striking the existing definition of habitat and refusing to set forth any single definition of the term habitat for the purpose of defining critical habitat. As we explained at the time of the regulatory proposal, this shift away from an explicit definition of habitat that provides for transparency and consistency in agency decisions is contrary to sound public policy. It will erode faith in government decision-making and is unlikely to improve conservation outcomes for animals and plants protected under the Act.

It will, however, accomplish a goal articulated in the preamble to the final rule — it will not constrain the Service’s ability to designate areas as critical habitat, even if those areas do not and cannot support the species during one or more of its life stages.

The rationale provided by the agencies for this action is that “codifying a single definition in regulation could impede the Services’ ability to fulfill their obligations to designate critical habitat based on the best scientific data available.” The agencies provide two explanations in support of this rationale. First, they contend that, consistent with the statutory mandate to apply the best available science, they should be able to characterize a landscape area as habitat even if it cannot support a species absent restoration or alteration. Second, they explain that any definition would have little to no practical value because of the need for it to be generic in light of the wide range of species that the Services must protect and manage.

The first explanation provided by the Services appears to be motivated by two circumstances where the agencies may want to designate areas as critical habitat that are not presently habitat for a species. The first circumstance is one that the Fish and Wildlife Service faced with respect to the dusky gopher frog — areas that are not presently habitat for the species may be restored or enhanced in a manner that makes them habitable. Where a species is listed as threatened or endangered and its habitat is limited, it is sensible for the Services to consider means to expand the species’ habitat as part of a broader effort to conserve the species.

As a consequence of climate change, the agencies may want to designate areas that are not presently habitat for a species as critical habitat. Climate change is expected to lead to changes in the distribution and conditions of habitats for many species. The textbook example is the prediction that habitat for some terrestrial species may move northward in distribution and/or upward in elevation over time due to increases in surface temperatures. While both of these circumstances may reasonably be the impetus for action by the agencies, neither provides justification to stretch the essential term habitat beyond its breaking point by asserting that landscape areas that cannot be inhabited by a species are, in fact, habitat for that species.

The second explanation provided by the Service is unpersuasive. In essence, the Services claim that any definition of habitat would inevitably have elements within it that would be unclear and vague, using terms that do not have established meanings under the ESA or its implementing regulations.  Therefore, they reason, the exclusion of a definition of habitat provides greater clarity than the inclusion of a definition. That argument does not hold water.

In fact, there is no question that a well-articulated definition of habitat for listed species does provide clarity to both Service personnel and the public about the ecosystems upon which imperiled species depend. The only plausible reason to refuse to include a definition is because doing so would constrain the ability of local Service personnel to adopt an ad hoc approach to defining habitat to suit a conservation management agenda that well might not be supported by the best available scientific information. This is contrary to the rule of law. The even-handed application of regulatory requirements is a core component of the rule of law.

A generally accepted definition of habitat — the habitat of a species consists of the biological and physical resources and ecological processes present in a geographic area that support the survival and reproduction of the species – accommodates the wildlife agencies’ information needs to support their determinations. Absent a regulatory definition of habitat, the Services still should be expected to make determinations consistent with that plain meaning of the term “habitat” as it is used by the scientific community. As we explained in our prior post there are three elements of the definition of habitat on which there is broad agreement among scientists:

The agencies can revise critical habitat designations over time as necessary and appropriate under the Endangered Species Act as new information and a better understanding of the habitats of listed species emerge. So, rather than expanding the definition of habitat beyond recognition in an effort to designate areas as critical habitat that may someday become occupied by a species under changed environmental conditions, the Services should hone close to these three essential elements. Doing so will not impair the ability of the agencies to seek to conserve endangered and threatened species and the ecosystems on which they depend.  In fact, because it will enhance public trust in government institutions, a reasonable regulatory definition of habitat will ultimately improve the ability of the agencies to work with stakeholders toward achieving the Act’s worthy conservation goals.

Previous story :How can science help the Voluntary Agreements succeed? 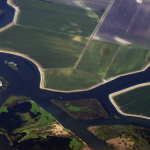 Next story :The mystifying absence of hypothesis testing in the Delta science endeavor

Leave a comment
Comments to: Are threatened and endangered species better off without a definition for habitat? The federal wildlife agencies think so.
Cancel reply
SUBSCRIBE