While adult spring-run Chinook migrate into the Central Valley rivers between March and June, they wait to spawn until autumn, thus their spawning window overlaps with that of the much more abundant fall-run Chinook salmon. The overlap in spawning between spring-run and fall-run Chinook has significant implications.

The spring-run Chinook JPE produced under the ITP should attempt to resolve those uncertainties by applying genetic-identification methods. However, to date genetic techniques have not been consistently adopted by the regulatory agencies dealing with listed fishes, at least not for the purpose of setting ESA “take” limits.  For example, annual take limits for juvenile winter-run Chinook at the export facilities are still based on a length-at-date classification, despite the fact that genetic methods available since 1996 have shown length-at-date measures can yield false-positive error rates approaching 80 percent.

These contradictions and ambiguities in the application of the ESA are illogical. But of greater concern, they are major impediments to improved monitoring efforts, directed management actions, and species recovery. Monitoring programs designed to sample adult spring-run Chinook could be implemented to provide more reliable abundance estimates and allow critical genetic data to be collected. In some tributaries, temporary weirs could be operated to collect data, also to experiment with strategies to minimize interbreeding between fall-run Chinook and hatchery-produced Chinook salmon. Producing a reliable Juvenile Production Estimate, as the ITP requires, will require the capture of up to 100,000 juvenile spring-run Chinook. Such efforts could contribute to recovery of the ESU, but are nearly impossible to imagine being implemented under prevailing federal ESA “take” regulations that apply to the species.

Current policies have created a Catch-22 for spring-run Chinook that is inhibiting and disincentivizing actions that otherwise could contribute to its viability and recovery. The problem could be corrected with sensible revisions to listing determinations or to “take” standards. Until such reforms are realized, the most effective strategies to understand and recover Central Valley spring-run Chinook salmon will remain out of reach. 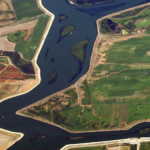 Previous story :California’s Department of Fish and Wildlife must do more to conform to best practices for Independent Science Review